Obama Coughed It Up!!! 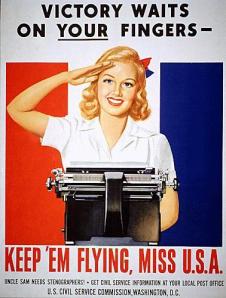 On April 27, 2011, after unrelenting pressure from The Birther Think Tank and others, Obama finally coughed up his long form birth certificate, saying:

Now, normally I would not comment on something like this, because obviously there’s a lot of stuff swirling in the press on at any given day and I’ve got other things to do.  But two weeks ago, when the Republican House had put forward a budget that will have huge consequences potentially to the country, and when I gave a speech about my budget and how I felt that we needed to invest in education and infrastructure and making sure that we had a strong safety net for our seniors even as we were closing the deficit, during that entire week the dominant news story wasn’t about these huge, monumental choices that we’re going to have to make as a nation.  It was about my birth certificate.  And that was true on most of the news outlets that were represented here.

And so I just want to make a larger point here.  We’ve got some enormous challenges out there.  There are a lot of folks out there who are still looking for work.  Everybody is still suffering under high gas prices.  We’re going to have to make a series of very difficult decisions about how we invest in our future but also get a hold of our deficit and our debt — how do we do that in a balanced way.

And this is going to generate huge and serious debates, important debates.  And there are going to be some fierce disagreements — and that’s good.  That’s how democracy is supposed to work.  And I am confident that the American people and America’s political leaders can come together in a bipartisan way and solve these problems.  We always have.

We live in a serious time right now and we have the potential to deal with the issues that we confront in a way that will make our kids and our grandkids and our great grandkids proud.  And I have every confidence that America in the 21st century is going to be able to come out on top just like we always have.  But we’re going to have to get serious to do it.

I know that there’s going to be a segment of people for which, no matter what we put out, this issue will not be put to rest.  But I’m speaking to the vast majority of the American people, as well as to the press.  We do not have time for this kind of silliness.  We’ve got better stuff to do.  I’ve got better stuff to do.  We’ve got big problems to solve.  And I’m confident we can solve them, but we’re going to have to focus on them — not on this.

Thanks very much, everybody.

Obama’s statement echoes many of the concerns raised by The Birther Think Tank.  Here is a copy of the long form birth certificate:

The Document It Took Obama Three Years To Cough Up!!!

After reviewing the document, it appears certain that Obama was NOT born in Kenya, nor is there any embarrassing information on it. Accordingly, the KISS Matix was updated to The KISS Matrix 2.0 to  reflect this new information:

1. KIDS. Obama has a bunch of Kids for advisers, who think this is funny???
2. IGNORANT. Obama was too ignorant to think of the simple answer.
3. SNOBBY. Obama thought Americans were too stupid to believe the REAL THING!
4. SLIMY. Obama thought it was OK to make some Americans look crazy if it got him votes.

While one applauds Obama for finally coughing it up, one still must wonder WHY Obama took sooo long???

[Note: The Birther Think Tank waited 3 days to publish the long form due to problems with the image posted by the White House. It is our opinion the White House, not wishing to let a good crisis go to waste,  intentionally published a manipulated image to keep this controversy alive, while facially absolving itself from any role in actually keeping this divisive issue alive.]